On my first trip to the Middle East in 1985 I interviewed the world's leading terrorist Abu Jihad (Khalil al-Wazir) the PLO's then military commander. 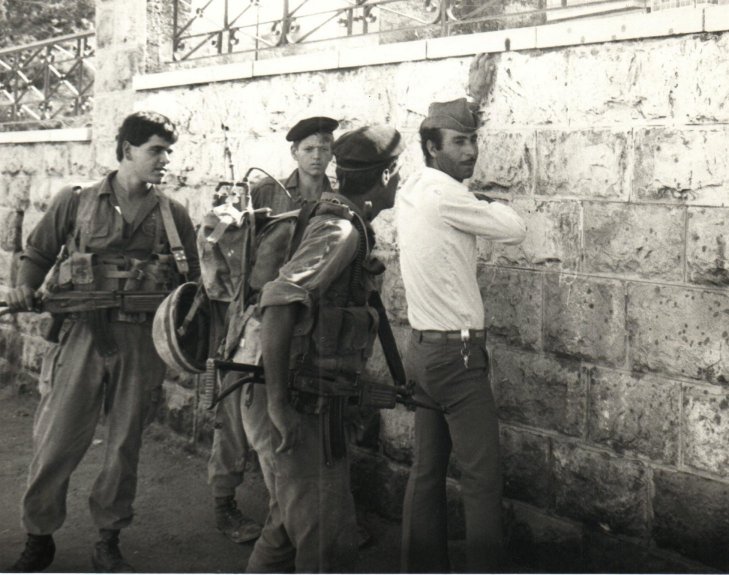 I was met by several men with bulges in their armpits and was put in a black-windowed black Mercedes and driven in circles around night-time Amman before pulling into the driveway of his modestly bourgeois house.

When I tell the story I often embellish it with "after we got over the fact that Australia wasn't the country just south of Germany with all the alps, he said: 'Ah kangaroo! My cousin Said lives in Sydney, do you know him?'" which didn't happen but that was distinctly the tone of our first few words. Australia was simply not on the terrorist map.

Abu Jihad was the PLO military commander so he was ultimately responsible for all PLO actions. He was certainly not a blood-thirsty killer like some other notorious Palestinian leaders such as Abu Nidal, who was escorted by British security when he came to inspect his London bank accounts.

Abu Jihad told me that he would renounce terrorism and recognize Israel if he had "one piece of land" where he could raise the Palestinian flag. He was most conciliatory. But he was a prime target on Israel's hit list that night. Three Israelis, possibly Mossad agents, had been murdered in Larnaca and Leon Klinghoffer had just been thrown from the Aquilli Lauro. The PLO was expecting an Israeli raid at any moment.

Abu Jihad was a moderate like his Israeli counterpart, the then Defence Minister Yitzhak Rabin. Both were military commanders but neither was a political extremist. On April 16, 1987, I heard the news that Abu Jihad had been assassinated under Rabin's orders by a Mossad hit squad in his Tunis home, sub-machine guns blazing as his wife and children watched. 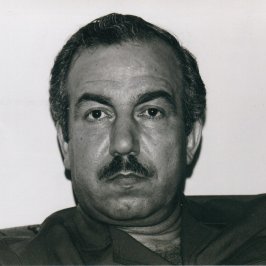 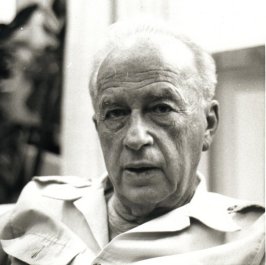 During the first Gulf Crisis ahead of the UN-sanctioned war on Iraq I met Usama, also in Amman, and he was a senior cadre of the Popular Front for the Liberation of Palestine - a left-wing more radical group than Yasser Arafat and Abu Jihad's Fatah faction. Usama was disgusted that his leader, George Habbash, like Arafat, had gone to Baghdad to kiss Saddam. "Saddam kills communists. Why does Habbash kiss him?" We agreed that Habbash's days as leader of the PFLP were numbered. Is Usama therefore a terrorist?

Early in the first intifada (1988) I interviewed the Palestinian leadership in the Occupied Territories. I visited refugee camps and villages and met scores of ordinary Palestinians from the wealthiest families to an 11-year old girl in a small dusty village, all of whom were prepared to be arrested, abused and possibly killed by Israeli soldiers for resisting in whatever way they could, from running check points to throwing stones. These are all described as "terrorists" by their opponents.

Today, the word "terrorist" is used too easily to describe anyone who opposes a US-backed operation, but this is a most dangerous confusion. Terrorism is strictly the killing of civilians for political ends.

The hijackers involved in the September 11 2001 assault on New York were terrorists - their intention was to kill civilians - although at least the Pentagon was in some sense a justifiable military target. Palestinians under harsh occupation who attack Israeli military personnel are clearly, from their own perspective, "freedom fighters" but the ground gets muddied when their attacks move from Israeli soldiers to the, often fanatical, illegal settlers who occupy their land under the post-1967 borders. Some of these same settlers have also run their own murderous terror campaigns against Palestinians and to Israel's credit, some are sometimes caught and jailed.

While the beheading of civilians in Iraq is a monstrous barbarity, just calling all attacks in Iraq "terrorist" doesn't help anyone. Some Iraqis, surely, must be fighting to rid their country of foreign invaders, including the John Howard Company of three platoons, and only attacking military personnel. Are they terrorists or freedom fighters? And if they kill what the Americans call a civilian contractor who is in fact a "military adviser" (they used to be called mercenaries), what is their status?

BBC World Service got around the problem easily. It didn't pick sides and journalists were under orders to use appropriate language. So while Margaret Thatcher had cowed BBC domestic news into calling all Irish Republican activists "terrorists", World Service would describe them as regulars or irregulars of the IRA or of whichever group they claimed membership.

Many parents from time to time call their own children terrorists, especially after grandma's crystal vase is smashed, but it might be time for reporters from organizations wishing to maintain their reputations to desist from echoing the Bush and Howard hyperbole about who is and who isn't a terrorist.

After all, Senator Robert Hill is Australia's military commander and there are some who would equate him with Abu Jihad and Yitzhak Rabin and call him a terrorist for our complicity in civilian deaths in Iraq.