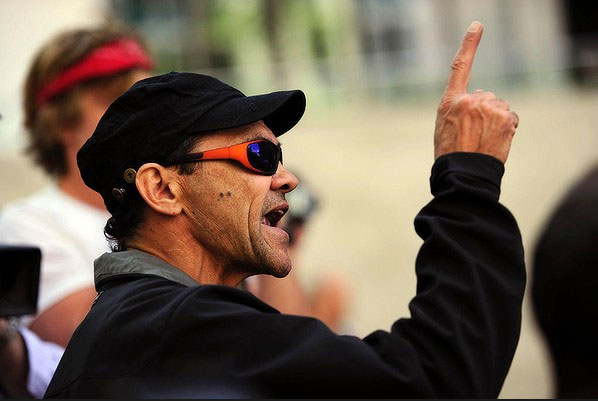 Robbie Thorpe, a 39-year-old, first-year Melbourne University law student and a member of the Brabuwooloong clan, walked into the Melbourne registry of the High Court a fortnight ago and began the process of taking Australia to the World Court to decide who has the right to hear and decide cases involving sovereignty over the land known as the Commonwealth of Australia.

Mr Thorpe also obtained an inter partes summons to stop Prime Minister John Howard claiming that his 10-point plan on Native Title "does not breach international conventions or the Racial Discrimination Act". Mr Thorpe says that Mr Howard "acted in bad faith in his claims that Aboriginal rights will not be weakened in the present round of negotiations".

In a statement of claim served on the government, April 21, Mr Thorpe seeks High Court declarations on "the existence of the fiduciary obligation" by the Commonwealth (a duty of care for those in its charge) to the original peoples of Australia as a result of the "recently-admitted illegal invasion", "the commission of war crimes", "the general and continuing premeditated criminal genocide" of Aboriginal people and "the genocidal effect of the longstanding official lie of terra nullius".

It asks the High Court for a declaration requiring the Commonwealth to ask the United Nations General Assembly for an advisory opinion from the International Court of Justice on:

Mr Thorpe's claim quotes (then) Prime Minister Paul Keating's 1992 Redfern address acknowledging: "... it was we who did the dispossessing... we committed the murders... we took the children from their mothers".

"It brings the whole debate back to the central question of the illegal invasion and whose sovereignty is being challenged.

When they found against Terra Nullius, at that moment the whole validity of the High Court disintegrated. They effectively conceded their own lack of jurisdiction to decide on any matter relating to Aboriginal people," Mr Foley said.